Scarlet macaw, The macaw (or red macaw) parrot has a predominantly bright red plumage up to the tail, the flight feathers are blue and the covers are yellow.

Its beak is made up of a pinkish upper mandible, while its lower mandible is black. This bird, whose flaming feathers once adorned the Brazilian Indians, sees its population dramatically reduced.

It has been placed on the endangered species list of CITES (Convention on international trade in endangered species). Its range is Mexico, Central America, northern America south to Bolivia. The macaw parrot is a shy, sociable, calm bird that adapts well in an aviary. 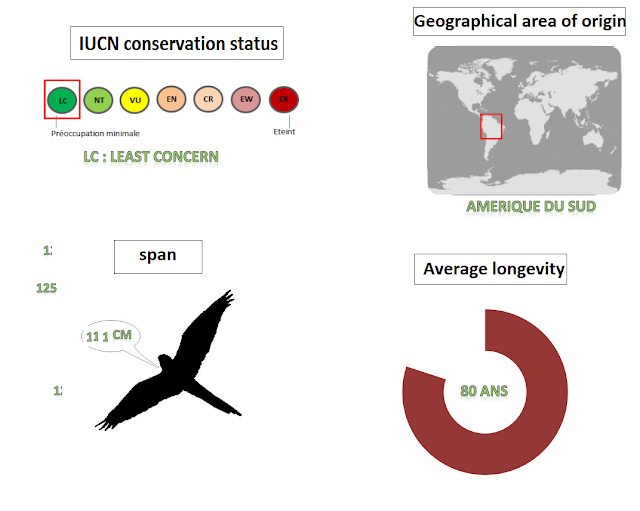 The Scarlet Macaw (Ara Macao) or Ara Macao, is a large colorful parrot living in the American tropical forests. It is the national bird of Honduras.

Not to be confused with the Green-winged Macaw, which is very similar in all respects, except the wings which, as the name suggests, have green instead of yellow.

The Scarlet parrot Macaw measures 84 to 86 centimeters in length, more than half of which is the long, pointed rectrices typical of all macaws. He weighs a kilogram on average. If certain individuals can live more than 100 years1, their average lifespan is 80 years

The bare skin around the eyes is white to the beak. Small, whiter spots are also found on the face. Sexual dimorphism is weak. The only identifiable external difference between birds is with age: the young have dark eyes while the adults have light yellow eyes.

It is very similar to the Scarlet Macaw, their main difference in plumage is yellow on its first wings in place of green.

The Scarlet Macaw inhabits tropical American rainforests, from eastern Mexico to the Peruvian and Brazilian Amazon, in lowlands up to 500 m above sea level.

While infrequent on the mainland, large colonies of Scarlet Macaws can be observed on Coiba Island on the Pacific coast of Panama.

Scarlet macaw populations have declined sharply due to habitat destruction, commercial catches and the use of pesticides for crops. In Costa Rica, for example, the scarlet macaw now only occupies 9,100 km2 compared to 42,500 km2 previously.

The distribution of Scarlet Macaws, however, remains the largest of all Ara birds with an estimated area of 6,700,000 km2, even if their habitat is fragmented and they often form only small local colonies.

The Scarlet Macaw eats mainly fruits and seeds. He likes apples, nuts, bananas, and other fruits, as well as nectar and buds. the beak allows it to easily break the shells of nuts.

The couple performs only one reproduction cycle per year. The female lays 2-3 eggs in a tree. She incubates them for 27 days.

Young people fly away at the age of three months but only become independent between four and five months. A Macaw macaw roaming free near Manú National Park in Peru

Scarlet macaws are extremely social birds that are found almost only in groups, often around twenty individuals. Macaws only move away from their group, in pairs, during the breeding period.

They search for food together, then return to a commonplace to sleep at night. In fact, at certain times, macaws fly together to find a place to sleep, twice a day (at noon and at night). Family members fly very close to each other and seek bodily contact when sleeping. How much is a scarlet macaw

The largest population of Scarlet Macaws or Ara Macao or Ara Macaw is found on the Osa Peninsula in southern Costa Rica.

Each region has its form of giant parrots, South America Central America has macaws and Southeast Asia and Australia have cockatoo parrots. Macaws are known around the world for their brilliant colors and the noise they make above the canopy.

Macaws are extremely social birds. They are very often found in groups or as a couple.

Researchers have not been able to distinguish hierarchy so far, the groups do not seem to be led by a leader. The only certainty is that the youngest always gives priority to the oldest when it comes to food.

Cries have an important function for the cohesion of couples and groups and have a meaning for their congeners. 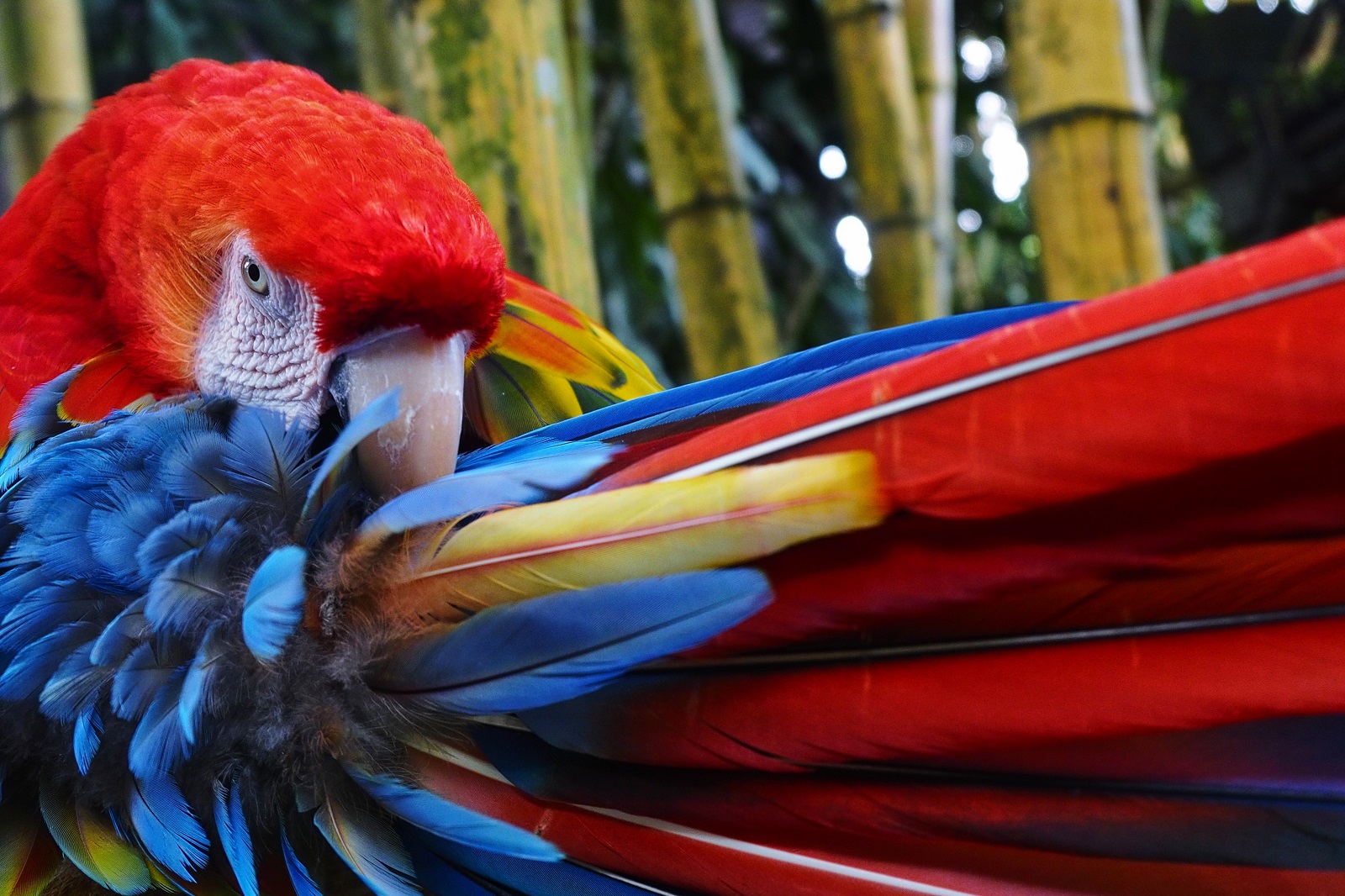 In the latest edition of Tropical Biology, scientists are pleased to count nearly 1,200 individuals in the Osa Peninsula and thus they will be able to carry out research with this population, which we recall is an endangered species.

We now know that they feed on fruits from more than fifty species of plants or trees such as almond, teak or Melina and more than ten species of trees are used as nesting like rosewood.

The next research will focus on DNA tests to determine their origins and thus anticipate the diseases they may encounter.

The real concern still remains the pounding of nests, despite the surveillance of a few guards, but the number of guards in this very wild region remains insufficient.

The hotels in this part of the country are doing their utmost to make their contribution, especially those located between Puerto Jimenez and Carate, South Pacific of Costa Rica.

We often find in their slogan: “If you don’t see macaws, we will reimburse you”! To our knowledge, they have not reimbursed many people!