A recent phylogenetic study indicates that this species is part of a clade that contains also P. verticalis, P. flavicans, and P. luconensis.

The primary and secondary forest up to 1750 m, but mostly below 1500 m, especially on islands where it overlaps with P. Montanus; also mangroves, orchards, and banana plantations.

Poorly documented; apparently fond of bananas, inflicting damage on unripe crops adjacent to the forest. Repeated presence in Ficus, Sibuyan, suggests use as food. Forages in small flocks, typically numbering up to a dozen birds.

of P. luconensis. Especially noisy in flight: assorted squealing and otherwise harsh notes, as well as a sound, likened to that made by a swinging rusty gate.

Season Apr–May on Negros, Mar-May on Panay, May on Leyte; pair “billing” in Feb, Mindanao, where nesting behavior also observed in May; 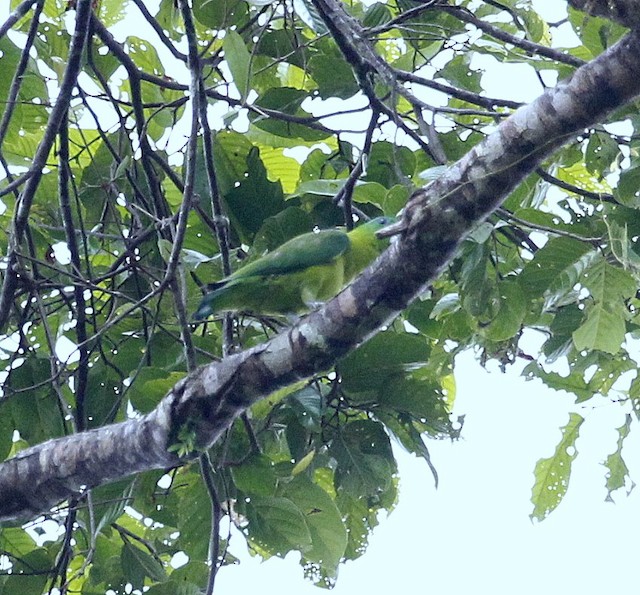 Not globally threatened. CITES II. The population considered to be stable but remains unquantified. Generally common even in degraded habitat on largely deforested islands such as Negros and considered to be common in Rajah Sikatuna National Park, on Bohol;

however, not common on Sibuyan; regularly recorded at PICOP logging concession near Bislig, Mindanao. Only recently discovered on the island of Panay.