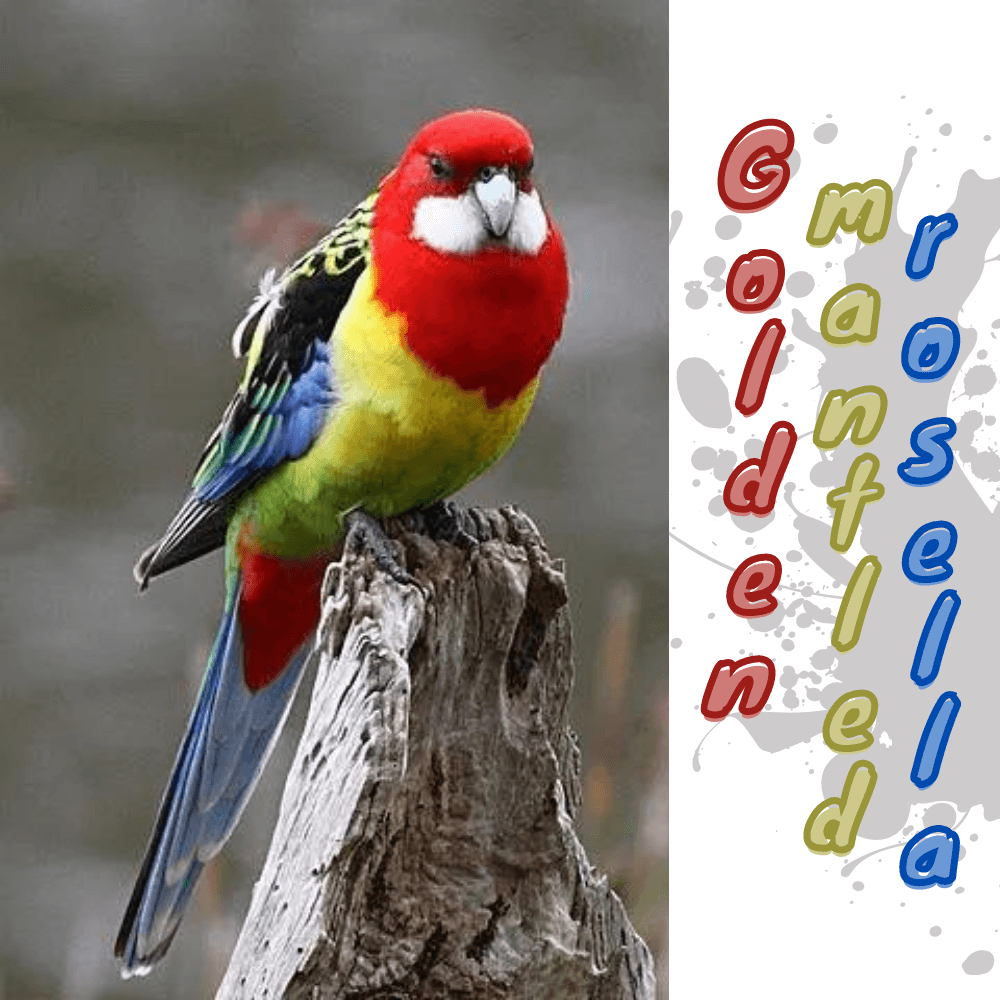 Immature like a female with green on to the back of the head. Race Cecilie has darker redhead, richer yellow on the back, blue-green rump; diagenesis has larger cheek patches, darker redhead.

Forms a species group with P. venustus and P. ascites, and is sometimes considered conspecific with both. N population formerly recognized sub specifically as Cecilia, but the description of that regarded as unidentifiable. The name aureodorsalis is a junior synonym of electrical. Three subspecies were recognized. 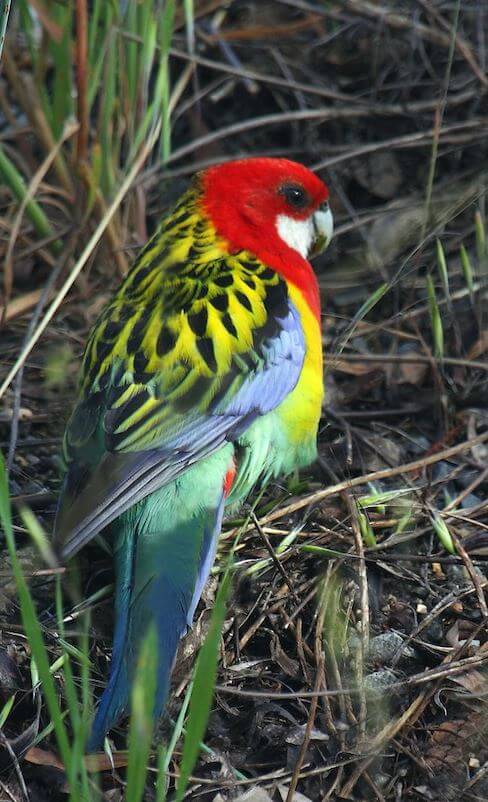 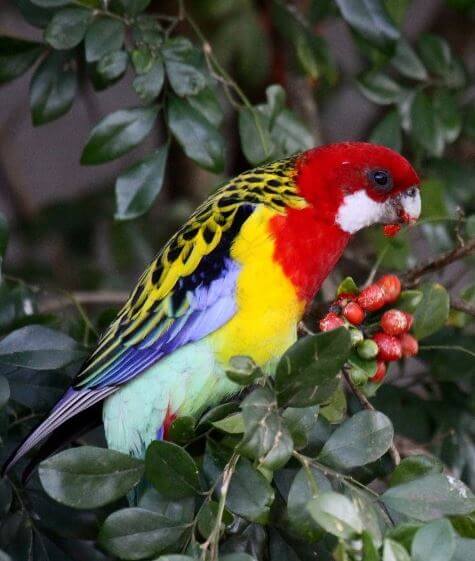 A wide range of plant species was used, with 82 recorded in one study. Golden-mantled rosella Seeds of Eucalyptus and Acacia are particularly favored, with seeds of many shrubs and grasses also taken, e.g. Capsella bursapastoris,

Populus leaf-buds, Gazania leaves, insects and their eggs and larvae, Schedotrioza psyllids (animal material notably in Jul); commonly takes spilled grain in farmyards and at roadsides, and can be a pest in orchards.

Flight call is a loud emphatic “keet!” or “chee-cheet!”, repeated in loose series. When perched utters rather melodious squabbling phrases and a series of repeated pure whistles such as a very fast “beebeebeebeep!” or a descending “pee-pee-pee-pee-peu-peu”. a disused hole of Laughing Kookaburra (Dacelo novaeguineae) in an arboreal termitarium, elkhorn fern on side of the house, rock face, buildings and even a deserted nest of a babbler (Pomatostomus). Not globally threatened. CITES II. Extremely common in most of the range, but only locally numerous in Tasmania. Has benefited from clearance of forested areas for pasture and cereal cultivation.