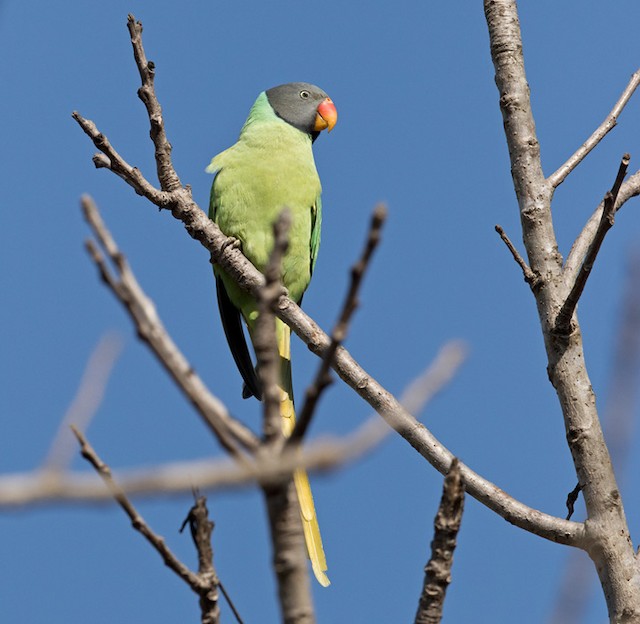 Slaty headed parakeet Formerly considered conspecific with P. finschii (which see). Artificial hybrids of present species and P. cyanocephala have been shown to be responsible for the form treated in HBW as P. intermedia. Monotypic.

Himalayas from NE Afghanistan and N Pakistan E through N India and Nepal at least to Bhutan; recently recorded in Zhangmu (Tibet), next to the Nepalese border. 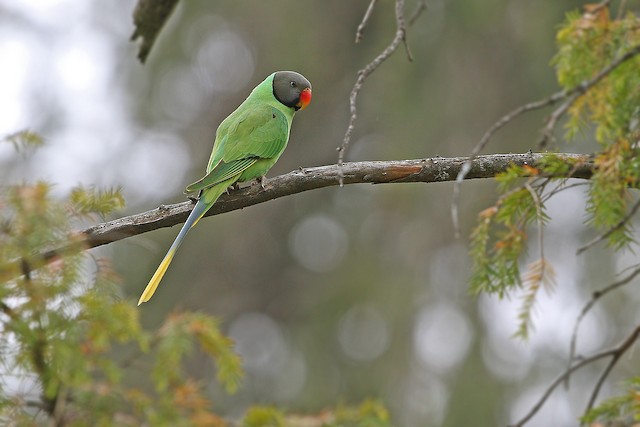 Nomadic in E Afghanistan, but elsewhere clear movements occur to lower-lying areas in winter, often first targeting cultivated areas, and in Pakistan, the period spent on breeding grounds is Mar–Aug.

The commonest vocalization Slaty headed parakeet is a strident up slurred or over slurred whistle usually with a very grating start “krreEEh!” (shriller than P. finschii). When perched also utters short phrases with more melodious notes mixed in. 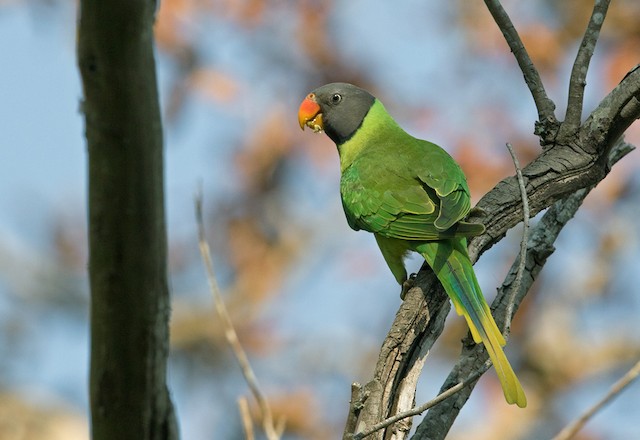