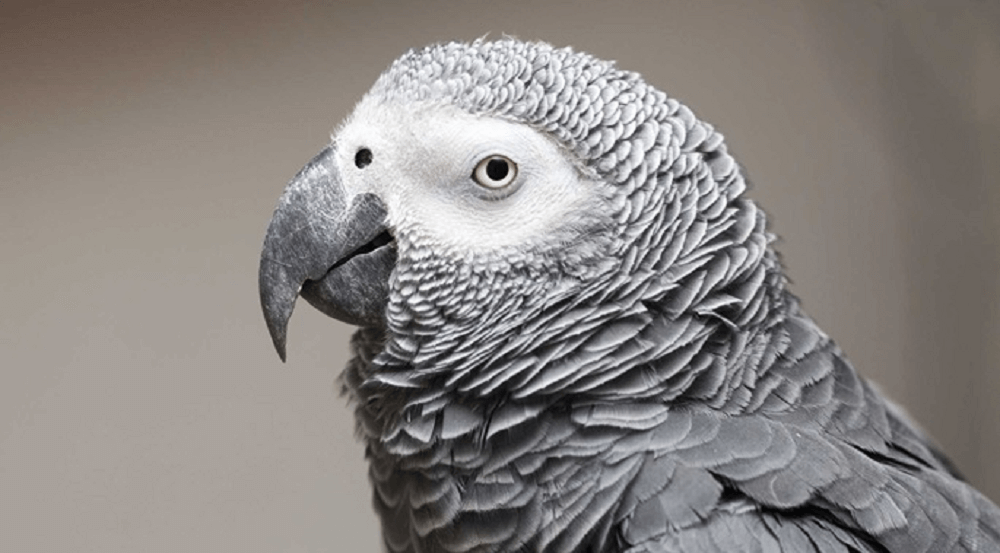 Several times I was asked to prune a parrot’s beak which was actually quite normal in length. Oddly enough, it often happens that we mistakenly believe that a parrot’s beak is too long. Cutting it would be a mistake and could cause pain and bleeding. Some species of parrot, however, give the illusion that the tip of the upper part of their beak is excessively long. This is particularly noticeable in birds whose lower beak shape is less rounded and which have an imposing upper beak ( example: macaws). In order not to be mistaken, just remember that a beak is unusually long if the tip of the upper part goes beyond the lower part of the lower beak. A healthy bill is heard of good length, symmetrical, and has a smooth coating. Knowing the parrot’s beak allows you to correctly identify anomalies.

The beak is a living, continuously growing structure. It is made of resistant fabric but also very sensitive. The beak is not just made of a solid block of keratin. First of all, a bony skeleton gives it its shape. There is also a complex network of blood vessels and nerve endings, particularly developed at its end. It is therefore easy to understand that a broken or too short beak can bleed profusely and cause severe pain. Keratin actually only serves as a coating. Germ cells located where the beak attaches to the skull allow cell renewal of all components of this complex beak.

The growth process of the beak is slow and can be compared to that of the nails: new cells push the old ones towards the end. If the wear is not adequate, the nozzle lengthens abnormally. It takes about six months in parrots for the upper part to be completely replaced while two to three months is enough for the lower part. The lower bill, therefore, grows two to three times faster than its opposite. A wound made at the base of the beak, therefore, progresses slowly towards the end and eventually disappears. If the germ cells are affected during an accident (bite) or illness (sinusitis), scratches or a concave groove will be visible on the surface of the beak. The length of this scar can be used to estimate when the event occurred. For example, a mark that is only halfway up the top bill is about three months old. If the defect extends all the way, it is more than six months since the problem occurred. However, these indications are approximate and serve as an approximate guide, as the rate of growth of the beak varies somewhat depending on the species (the toucan’s beak lengthens by about 0.25 cm per year), health, and size. use made by the bird. Parrot activities aimed at wearing down the beak

The beak is above all useful for feeding. It replaces the lips and teeth. It is very well innervated, therefore sensitive to textures, temperatures, and densities. It allows a tactile exploration of the environment where objects and food are easily and quickly identified. It cuts and crushes.

It serves as a tool ( the agility of a parrot opening the lock of its cage is always surprising! ). He handles very smooth objects with great dexterity without dropping them. Thin stripes present in the internal aspect of the tip of its upper spout allow this non-slip function.

As a defense, the beak is very effective. All parrots are capable of inflicting painful bites. It also replaces the hands ( gripping, handling objects, and maintaining balance when the bird climbs or moves on a vertical surface ).

Kili Senegal Parrot – How to File or Trim Parrot Beak

Diseases of the beak

Long beak with a dry and crumbly tip

Mostly seen in budgerigar, this condition is mostly caused by liver disease. At this time, the claws also tend to lengthen abnormally and dark spots are visible on the beak and claws. The condition is occasionally seen in other species.

A long, dry, crumbly-tipped beak can also be the result of malnutrition, lack of moisture and sunlight, or other systemic illnesses. Pruning should be done by an experienced person and the starting cause corrected if possible.

This is the result of a lack of calcium and vitamin D. This problem is especially encountered in doves and pigeons.

It is the result of a bad fall or a bite. The pain varies depending on the severity of the injury. It is certain that the bird will be uncomfortable for some time. Providing him with soft foods ( cooked vegetables, yogurt, bread, rice, couscous, pasta, breeding mash, etc. ) is appreciated. Some birds also have a hot/cold sensitivity during the recovery period.

The beak that changes color

It is quite normal for the beaks of some young parrots to change color when they become mature (example: lovebird). However, in adults, the color change is associated with various health problems. In Lori, this phenomenon is often secondary to malnutrition. Systemic disease can also cause the beak to change color (for example a pinkish beak can turn bluish when the bird has a serious respiratory disease ). Several hypotheses have been proposed to explain this problem encountered in young parrots ( lack of calcium, virus, poor technique when the chick is fed with a syringe ). Either way, it results in an abnormal bill. This deviation is relatively easy to correct if physiotherapy is undertaken before the bird’s beak calcifies ( that is, when it is just a few days old ). If it is a little older, sometimes sizes are sufficient to resolve the problem. An acrylic prosthesis is an effective solution for more difficult cases.

Have a parrot quickly examined if you suspect an abnormality in its beak. It is possible that everything is normal, but if a health problem is diagnosed, the prognosis will be better. Remember that trimming a normal beak can be traumatic and painful. This act should only be done if it is really necessary.