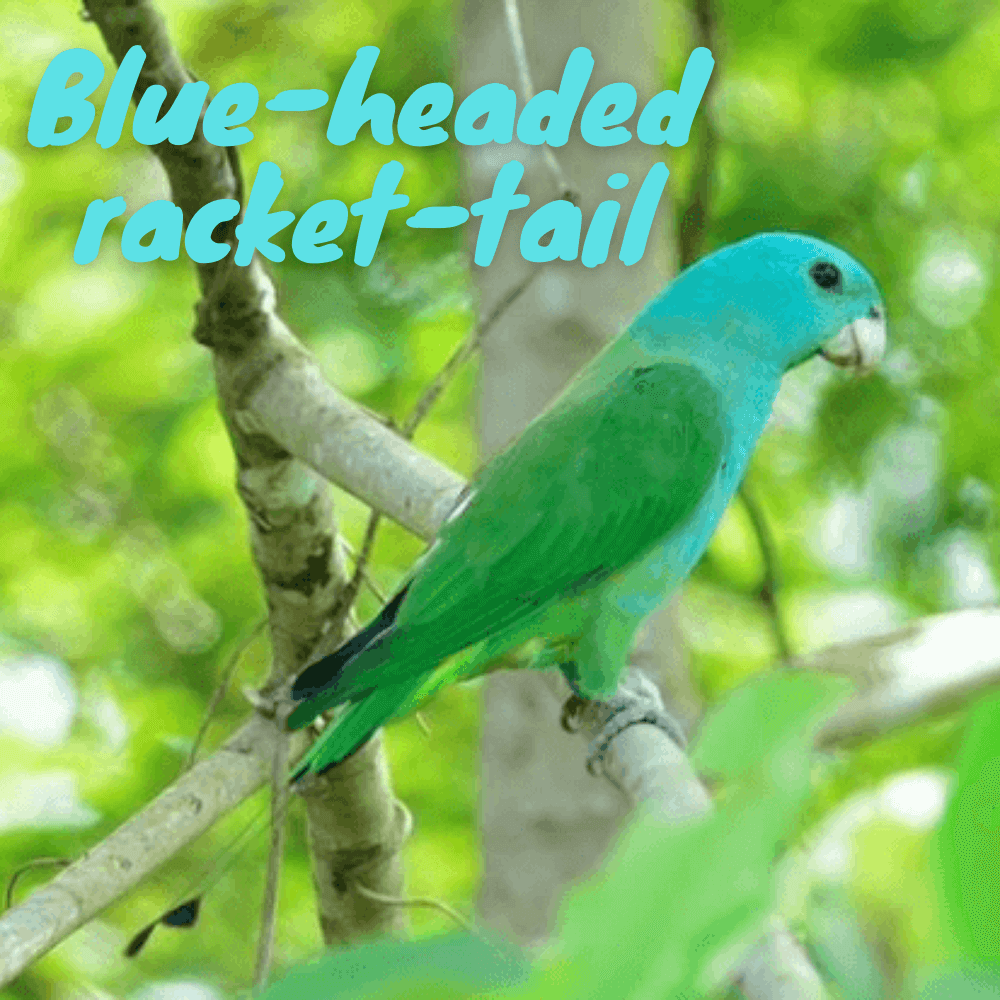 upperparts dull green; spatules dark green. Female has blue confined to crown and sides of the head. Immature similar, with no spatules.

A recent phylogenetic study indicates that this species is part of a clade that contains also P. waterstradti, P. montanus, and P. mindorensis. Previously treated as a race of P. discurus, but treatment as species recently reinforced. Monotypic.

Blue-headed racket-tail lives in Palawan and associated islands, from Calauit and Busuanga to Balabac (SW Philippines).

No observations; Blue-headed racket-tail eat nuts in stomachs of specimens.

Blue-headed racket-tail labeled juvenile have been collected in Jan (two) and Aug, and one labelled immature in May.