by Amanda 2 years ago8 months ago
23kviews
1k share Music for parrots: Do parakeets like music? If you have had or have a parakeet you will have noticed that they are very sociable animals. They like to share time with you or with other birds. Parakeets are increasingly popular pets thanks to their cheerful character, bright plumage, and the ease of caring for them.

Although its song is not as musical as that of other birds, its ability to imitate sounds as well as its joy make these birds among the most beloved pets. This joy so characteristic of parakeets sometimes leads us to wonder if parakeets love music.

So, in this article of Animal Planet Do parakeets love the music we will reveal the answer.

Contents hide
1 Keep Your Parrot Happy with Reggae Bird Music | Parrot Music TV for Birds
2 Parakeets and music
2.1 But then, do parakeets love music?
3 Happiness genes
4 Parakeets and happiness
5 TV again …
6 Parrots on the canvas.
7 And the music?

Parakeets are birds with a very open and cheerful character. In order to demonstrate their joy, they like to tweet and sing all the time. In addition, they are very sociable animals that like to be accompanied and receive attention from their guardians. In fact, when you can’t spend enough time with her, it’s recommended to have two to prevent her from feeling lonely.

But then, do parakeets love music?

Due to its noisy and social character, we can say without blinking that YES parakeets love music. They like to listen to any type of noise because it allows them to never really feel alone. It is for this reason that if you put on music, they will show you their joy, not hesitating to start dancing while making very funny head movements.

You must take into account that this attitude also depends on the type of parakeet you have. For example, English parakeets are much quieter and shyer than Australian parakeets. Maybe they won’t dance or they’ll be less active if you put on music. Nevertheless, this does not mean that they do not like music, it just means that they are less expressive than their Australian cousins. 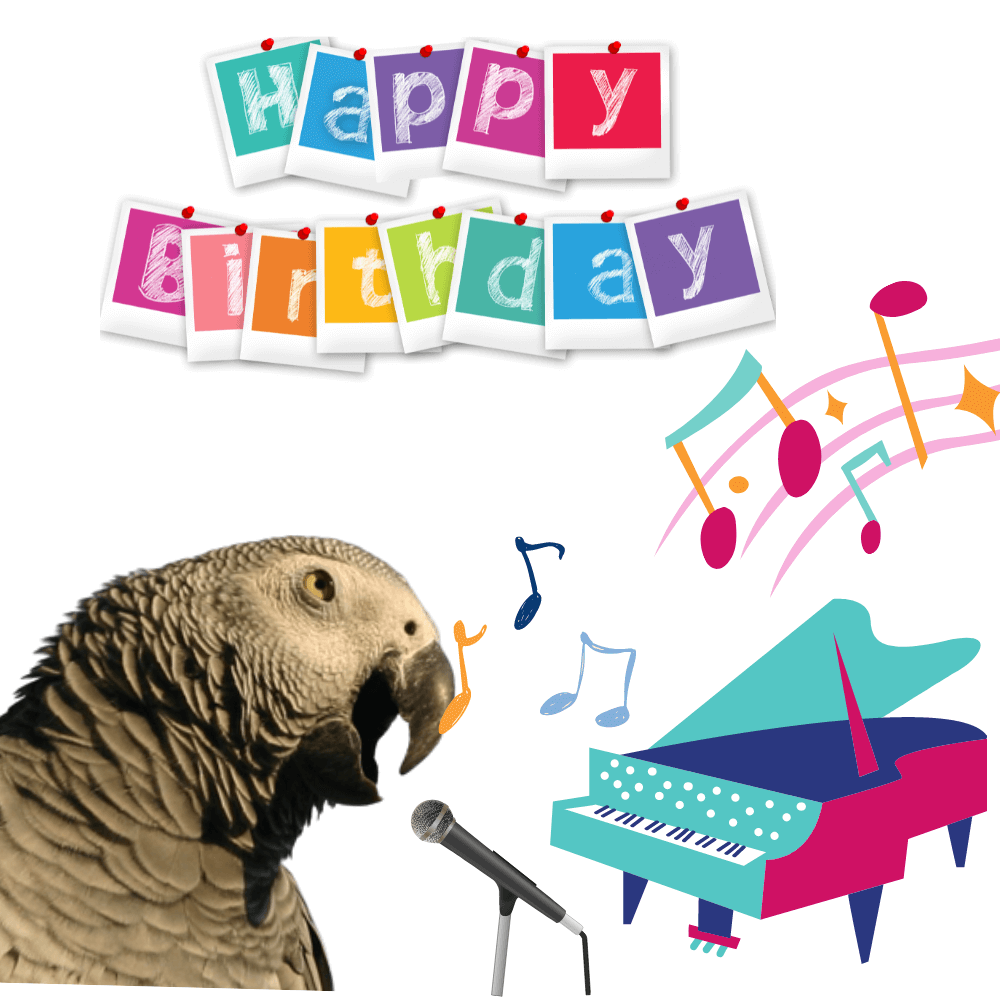 A study from the University of Helsinki published in 2015 demonstrated that classical music changes the brain chemical structure of people who listen to it. That is, music triggers genes that secrete the dopamine hormone that is the main cause of what is called happiness. One of these genes is alpha-synuclein found in both humans and songbirds. This confirms that if listening to music makes humans happier, so do these types of birds.

Thus, it can be said that parakeets love music because it makes them happy and active. Feel free to share all your favorite songs with them. They might even learn to sing! Thanks to their social character it turns out that parakeets appreciate more things than music, indeed, noisy and crowded atmospheres also make parakeets happy! They also like to listen to television or radio to the point of being able to imitate sounds or words.

Remember that parakeets are very active animals. Even if you put on music or leave the TV on they will need entertainment. That’s why you need to have several games and items that you will leave at her disposal so that she can exert herself. In addition, if you have enough room, your little pet will be happier if he shares his cage with another parakeet.

If reading this article Do budgies love music seemed interesting to you and you want to know these animals better, we recommend that you read the following articles: The television is perfect for getting some peace during the day. When I’m busy, I “park” my birds in front of the TV and phew… I have peace! Most parrots are fascinated by the sights and sounds that come out of this object. Often, the parrots learn the musical themes of their favorite shows ( mine know by heart the theme of the show “The joyful castaways” ) and from some commercials that come back often. They even answer “hello” when the phone rings on TV! However, I have often noticed that parrots can be afraid when they see a predator on TV, usually a large bird of prey.

Here again, “parental supervision” is in order… Really, we never escape it! Parrots have a clear preference for shows where there is action ( cartoons, action films like “Rambo” ). These kinds of shows often have special sound effects ( catchy songs, noises, screams, explosions, gunshots, and various onomatopoeias ) which greatly stimulate the parrots.

My Amazon Lili-Anne is very responsive to this kind of program, she is an active viewer. Her favorite movies?… The kind of horror movie where there’s always the “girl-who-screams-like-a-lost-rather-than-escape-from-the-monster”.

Lili has a natural gift and would be the ideal actress in this kind of film, you have to hear her be believed… Let’s say that she sympathizes a lot with the poor girl who is going to be cut to pieces…!

Parrots on the canvas. Since the advent of the Internet, many things have changed in our lives and it was inevitable that this new medium also affects our parrots. U-Tubes … the ultimate in a modern parrot. Watching parrot videos, and singing and dancing with them is a lot of fun for our parrots. Of course, moderation … as in everything. Who Needs a U-Tube Parrot Addict Rehab Center?

As for the music… it’s made for singing and above all… dancing. Parrots especially enjoy music when their human pet is singing, humming, or whistling. They get terribly interactive, they sing and dance with him, mimic his voice and distort in the same places and on the same note… that’s awesome. Parrots show their appreciation by singing, and dancing and those who can’t sing have a blast doing nothing less than… “lip sinc” or if you prefer, “beak sinc”. Each bird has its preferences in terms of music. They are critical; sometimes they like it, sometimes they hate it, but in either case, you will quickly be notified. Parrots are very eclectic: from classic to nursery rhyme to “heavy metal”, they are music lovers and love just about all genres as long as humans are involved. As a general rule, lively music ( disco, Latin or pop) is popular, what I call music for cleaning or music for “tanks” … the kind that “triggers” on the accelerator!

It often happens that parrots invent their own melodies and add lyrics of their own. Sometimes these words make sense… sometimes not, but the game is to get into the composition of Coco and sing along with him.

The music calms or excites and stimulates the parrots according to their moods and especially your interaction. Musical choice does not play a big role here; they can all be crazy on Beethoven’s Moon Sonata or very calm on “Metallica” …

It is really your attitude that will make the difference.