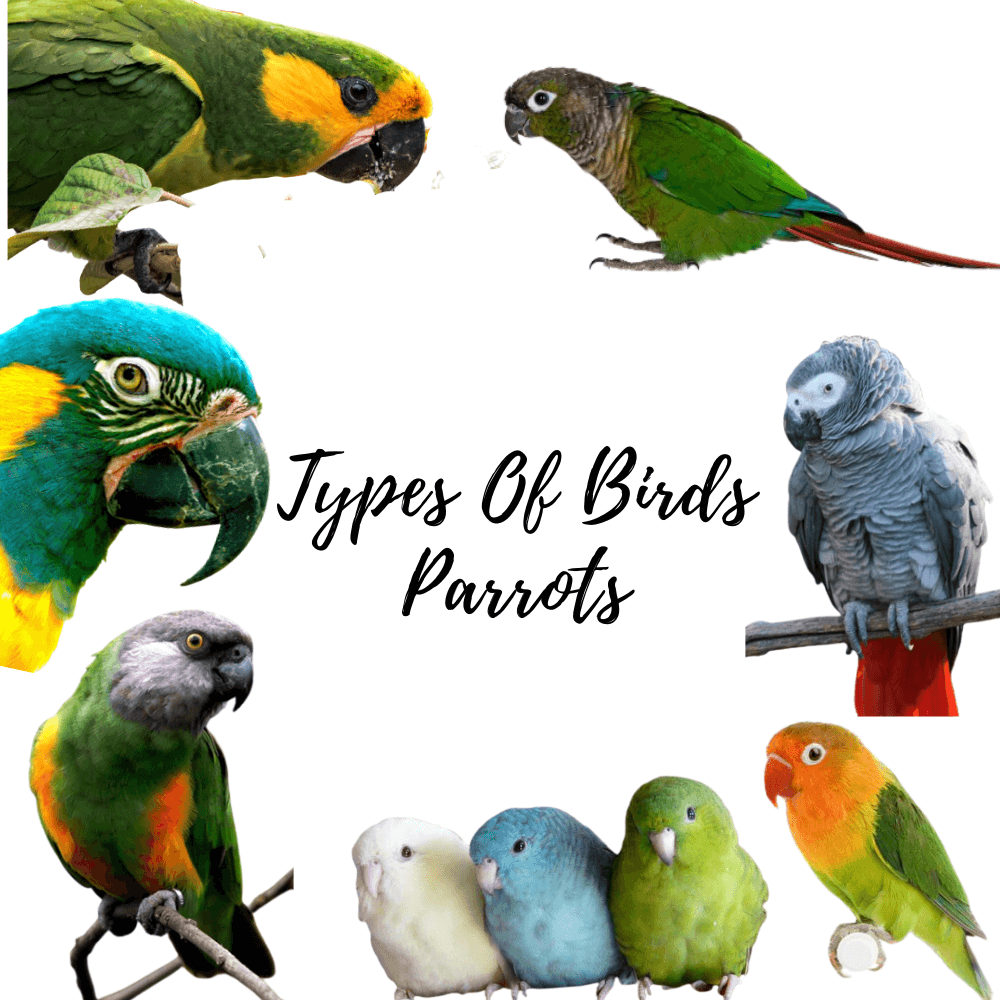 Types of birds parrots: There are many breeds of parrots. Each species or race has its own specificities and characteristics. It is important to take the time to choose before deciding to adopt a parrot as a pet. Whatever the species, raising a parrot requires certain qualities, such as patience and attention.

They are many types of birds parrots in this list you will find the most popular birds parrot : 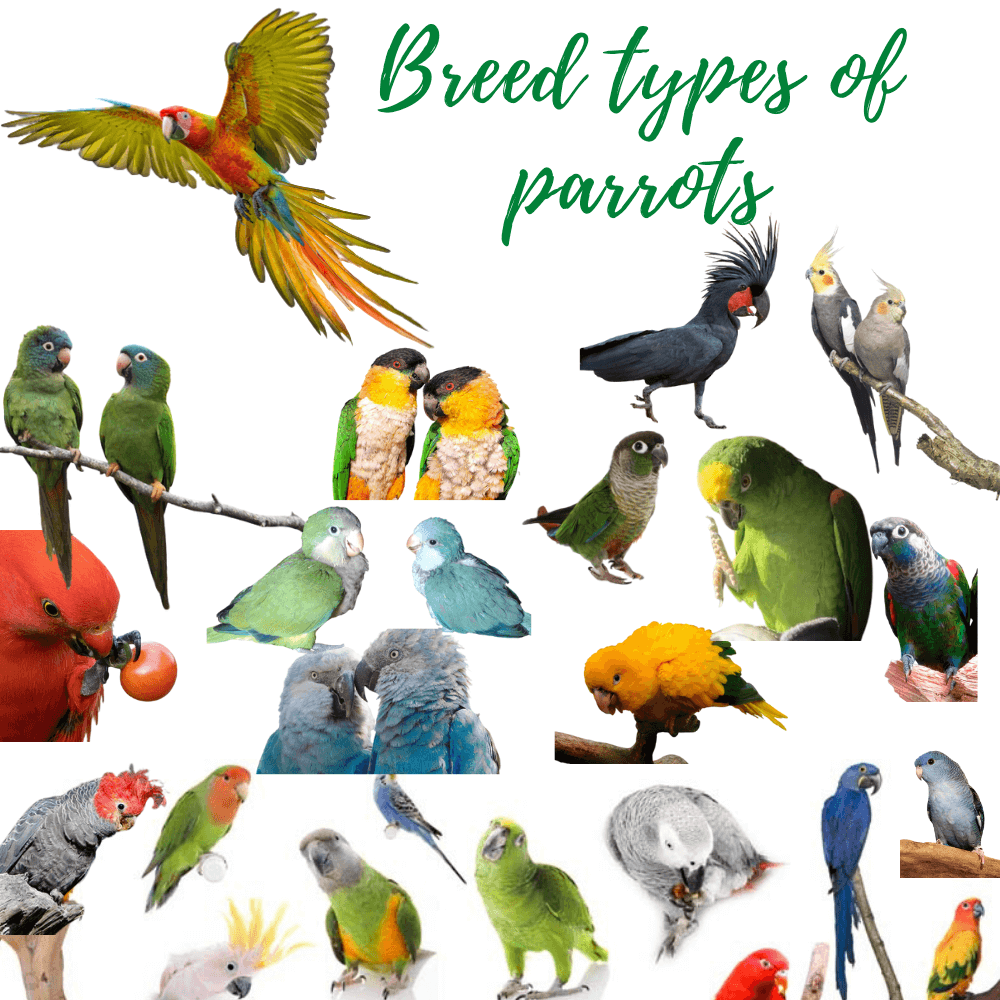 Green-cheeked is very colorful and often rather cute little parrots. They are devoted to their masters who can try to teach them to speak, however speaking conure is quite rare. The conure parrot comes mainly from South America, they are found towards the mountains of Venezuela or Colombia. There are many species of parakeets, the ones we know best is this little pet bird called the Budgerigar. With much care and attention, the parakeet can live up to 15 years, sensitive and fragile, the parakeet is a bird whose well-being, health, and comfort depend on its owner. The African grey parrot is a super-intelligent parrot. He is loved by men who adopted him in large numbers in captivity. It is a gregarious bird (lives in a group), but when it reaches sexual maturity, the African Gray chooses a partner and unites for life. It is a sensitive, calm, and shy animal. Usually, he will be fond of one family member who has welcomed him, but he will tolerate other members. The African Gray is known to be the most intelligent parrot and, therefore, the best speaker. The Amazon is a funny and very intelligent bird, it has very expressive capacities and is able to memorize a good number of expressions but also sentences. Amazon, a parrot from Central and South America. These beautiful parrots owe their name to the Amazon from which some species originate. Amazons come from Central and South America. within their natural habitat, they live perched in the trees. Some of these breeds are in danger of extinction due to the destruction of forests.

Capable of living over 50 years, cockatoos are specifically endearing birds. These cousins ​​of parrots have an excellent ear and are able to reproduce surrounding sounds but also to imitate human language. What is less known, however, is that these birds also have a sense of rhythm. The main feature of Eclectus is the shade of color between males and females. Males have an orange-yellow beak and emerald green plumage, but females have a black beak and red and blue plumage. (The few ornithologists who discovered them thought they belonged to a different species!) They live in the union in a matriarchal system: the female dominates. They almost never go down to the ground, even for drinking. They find water in the many fruits that make up their menu. The forehead and sides of the head up to the back of the eye display a bright green color which blends in brilliant ultramarine on the cap and on the nape of the neck. The upper areas and wing coverts are bright ultramarine blue. Flight feathers are dark blue-violet above, golden yellow or olive-brown below depending on the light. The lower areas are bright yellow with slight orange infiltrations; the under tail-coverts are blue. The upper side of the tail is dark purple with ultramarine blue infiltration. The underside of the blue macaw tail is golden yellow or olive-brown depending on the lighting.

Senegal parrots are stocky parrots, measuring on average 24-25 cm long from the tip of the beak to the tail. This small gray-headed parrot with the face drawing on silver-gray, the rest of the body is light green in color. The green of the thorax forms a V-shaped point, the lower part being yellow, orange, or red depending on the subspecies. Their tail is short. The eyes are yellow with a black iris. The bill and then the legs are dark gray. There is no known mutation, even if we contemplate from time to time precisely yellow shots of Senegal parrot.