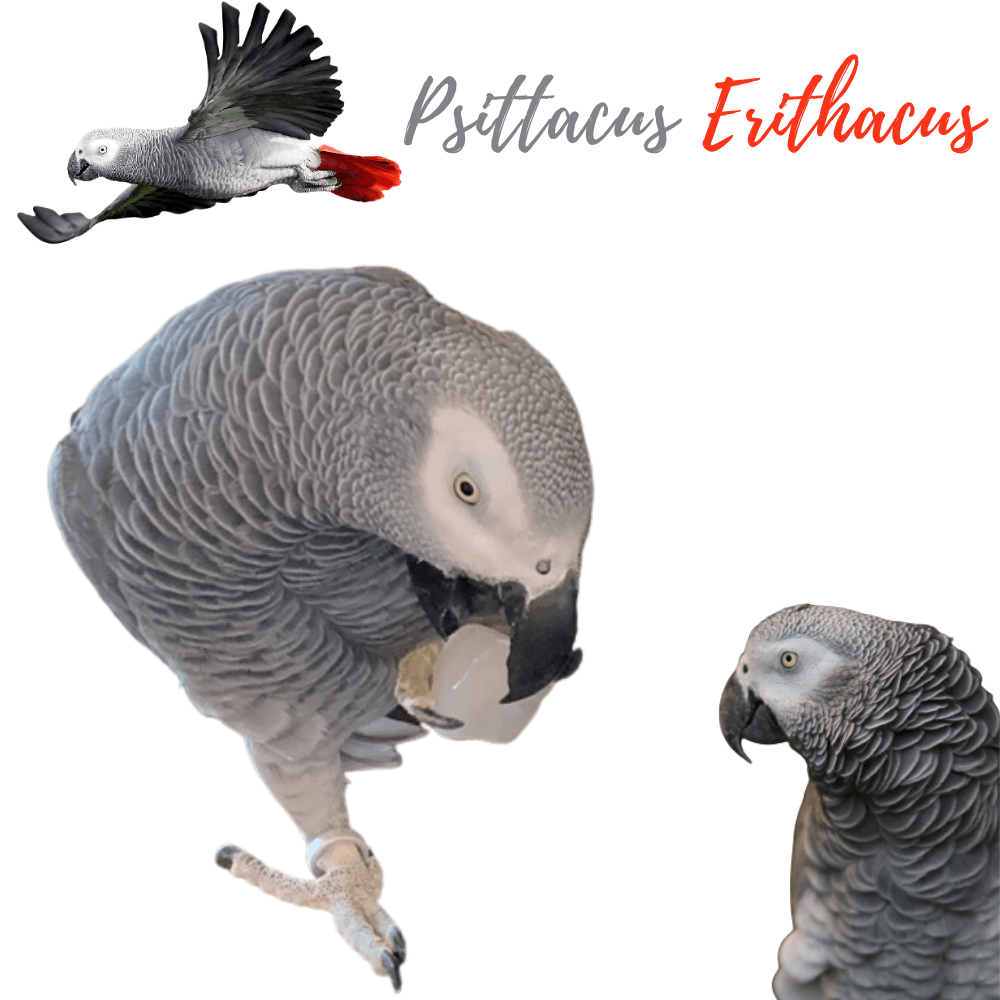 Its CINFO standard name is Jaco parrot or African Grey Parrots or congo African grey, but it is referred to in various ways in common and commercial parlance. Besides Gabon grey, it is also commonly called African gray and Congo gray. geographical distribution of the Gray of Gabon

Description and elements of ecology

Jaco’s skeleton skin around the eye is bare and whitish. The iris is yellowish. The head is scaled with white on a gray background, color continuing while darkening gradually, going towards the back and the chest.

The wings are medium grey. Rectrices and upper tail-coverts are bright scarlet red. The beak and legs vary from gray to blackish-brown. Immature juveniles have more red, especially dark red on tips of rectrices, and gray irises.

Weighing around 400 to 500 grams, it feeds on seeds in forests and plantations.

It is about 40cm long. While P. timneh , formerly P. e. timneh parrot measures rather 30 to 35 long. Let us add that this second species has rectors feathers on its tail of brown to dark brown color and not red. It is also overall a darker gray.

These 2 species live in groups of several hundred individuals. They are frugivorous and granivorous .

The Gabon gray inhabits west-central Africa. On the other hand, now that a phylogenetic distinction is drawn between the two species, let us note that the Ivorian Comoé river would constitute the separation between the distribution of P.

Erithacus and that of P. timneh . To the west of the river is P. timneh and to the east P. Erithacus  .

The female Timneh lays two to five eggs which hatch after 28 days. That of Gabon 3 to 4 eggs which hatch after 30 days. The latter is relatively small and measure approximately 3 by 4 cm. It has a lifespan of up to 80 years, although most individuals do not exceed 30 years. It is a gregarious bird, but when it reaches sexual maturity, the African Gray parrot chooses a mate and bonds for life. It is a faithful animal, calm and shy. 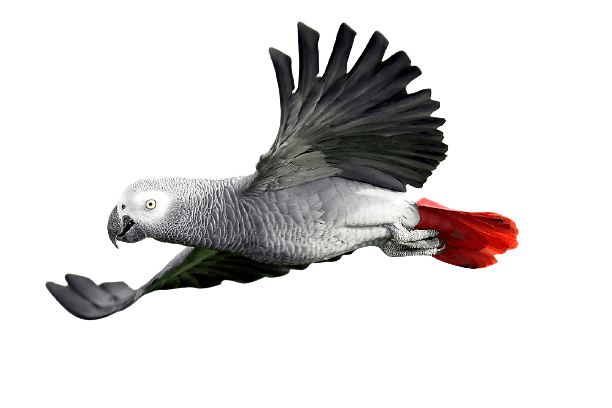 Gabon Gray populations are declining due to deforestation and formerly trade. Thus, 360,000 individuals were exported between 1994 and 2003, 80% of them destined for Europe.